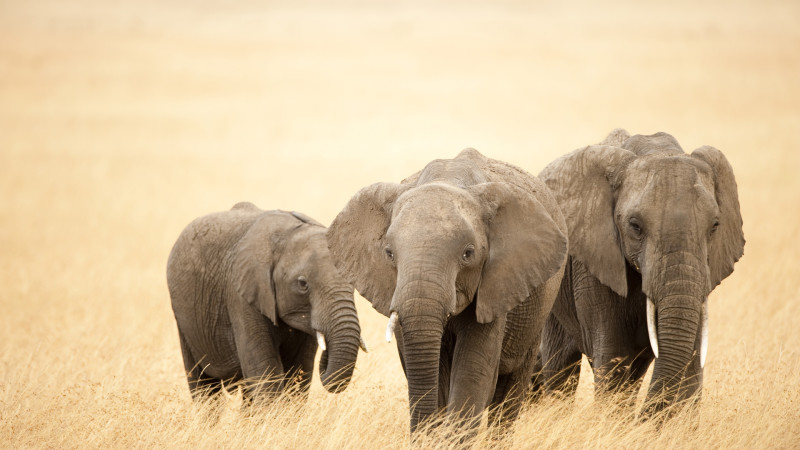 The Elephants are of the largest existing land animals. The name Elephant comes from the Italian elefanti which comes from the Arabian word El-Hanti. The Arabs got the word from the Hindi word Hanti which means elephant.

The most iconic feature of the Elephant is its trunk. At first the Elephant used its trunk as a nose, which is why it has two nostrils. An Elephant can smell so well, it can smell other Elephants that are five kilometres away.

Besides that, the trunk is sort of a hose, snorkel and showerhead. If an Elephant wants to drink it doesn’t have to bow down and for a shower it can spray water high up in the air. Moreover, Elephants love to swim and during swimming he will use his trunk as a snorkel, sticking it up above the water. 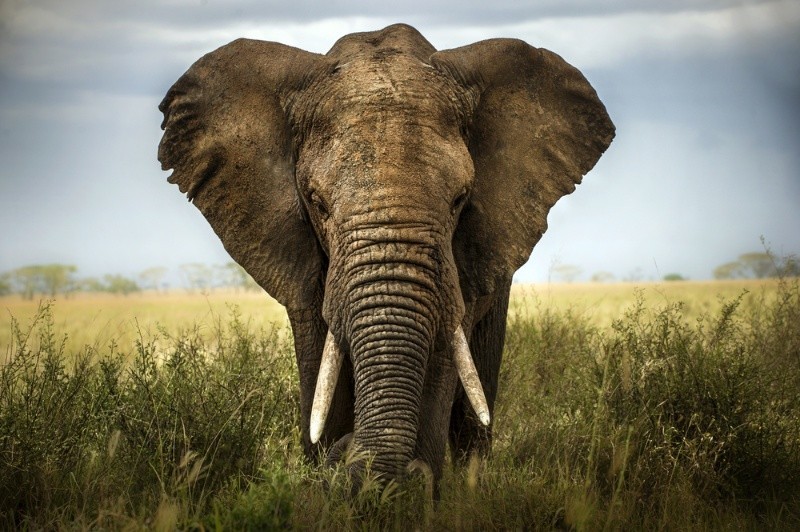 Elephants live in matriarchal group consisting of several adult cows with their calves. The male Elephants, bulls, live in solitary and only join a group during mating season.

Adult males weigh between 3 and 5 ton and reach a height of approximately 3 meter. The heaviest Elephant ever recorded weighed 12 tons and the biggest Elephant was 4 meter tall.